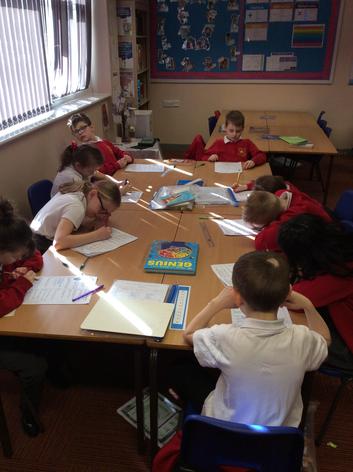 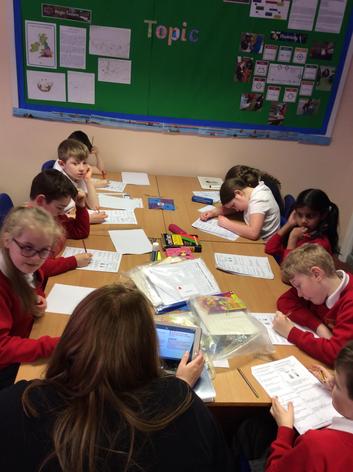 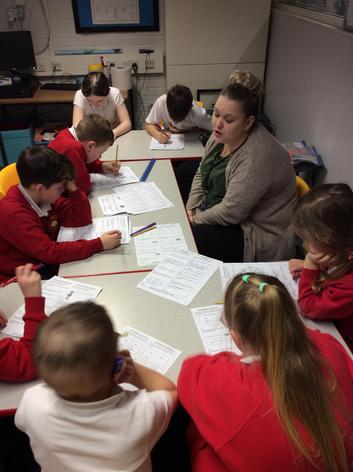 In Spelling and Grammar we have been looking at punctuating speech. We have been ensuring our inverted commas are in the correct place

We played some class builders outside, which help our brains to wake up and work well together as a team. First, we had to squeeze hands all the way round the circle, whilst being timed. We then had two balls at either side of the circle and which needed to catch up to each other. Also we had someone in the middle of the circle, that person had to come up with something that they would have in common with others, if the others had the same, they had to run and swap places with someone else in the circle. Some of the other teachers in school came to see what we were doing, we did a super job in explaining to them, what the rules of each game were. 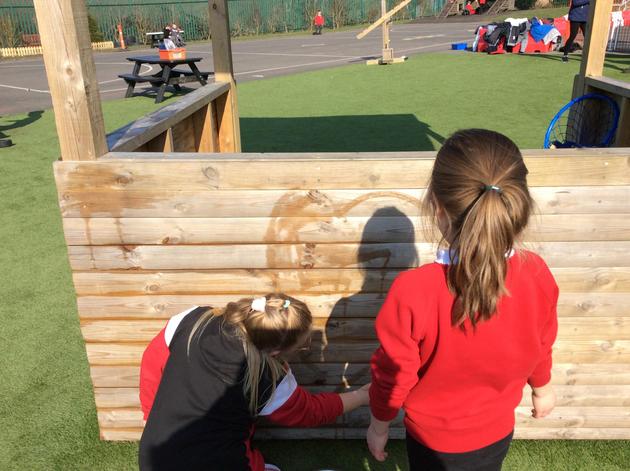 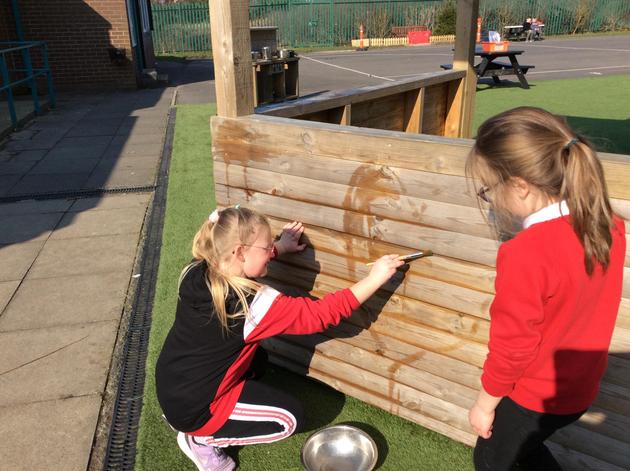 Whilst playing outside, we used paintbrushes and water to 'paint' the outdoor classroom!

We wrote questions about the Anglo-Saxons and questioned one another whilst moving around the room. We then swapped questions and partners to ask a range of different ones. After a discussion about how we would note all these facts down, we concluded that the information would be best shown in a Chronological report.

In Golden Time, we played Goal Ball.  The aim of the game is to roll the ball across the oppositions goal line but...you can't see!  The ball has a special bell in it that you have to listen out for.  After a few tactical tweaks, we managed to score some super goals!