Every class started off the day in teams to do a marshmallow/spaghetti challenge.

The aim was to build the tallest tower in 10 minutes but the children were given no guidance whatsoever. This led to a lot of solo working and frustration at spaghetti snapping and marshmallows getting sticky!

After the first attempt, we came back to the carpet and watched a Class Dojo video all about Growth Mindset and Miss Bryan talked about working in teams to help each other.

The children then went away with positive attitudes and words of encouragement to their team mates to attempt their 2nd 'tower'.

It was lovely to see the difference and the towers that were made at the end.

Team Building before the 2nd Attempt

Well done to Amelia S, Kaleb, Ava J and Hollie who built the tallest 'tower' 🤩 after their 2nd attempt.

Every team managed to have something to measure at the end of the 2nd attempt. 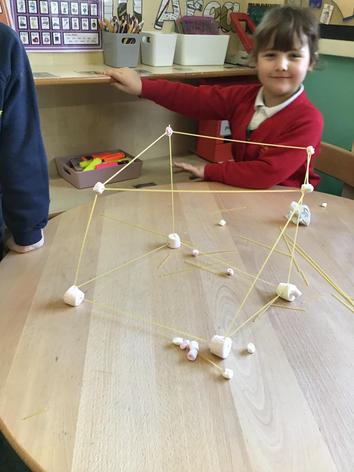 Each class was given a scientist to base their day around. Ours was Sir David Attenborough, we learnt facts about him and saw him in action doing what he does best! We listened to his famous voice and did lots of activities at choosing time based around animals.

At the end of the day, we set up a table in the hall to showcase our learning and we went in to look at all the other class's learning. 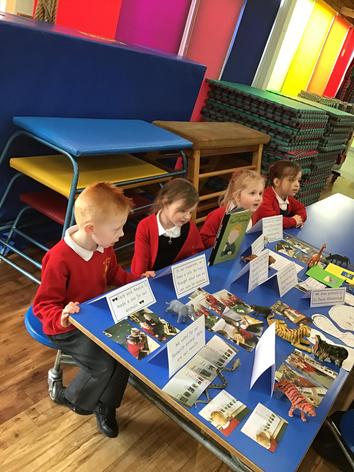 This week in PE, we did some yoga. We went on an African safari and did some poses along the way.